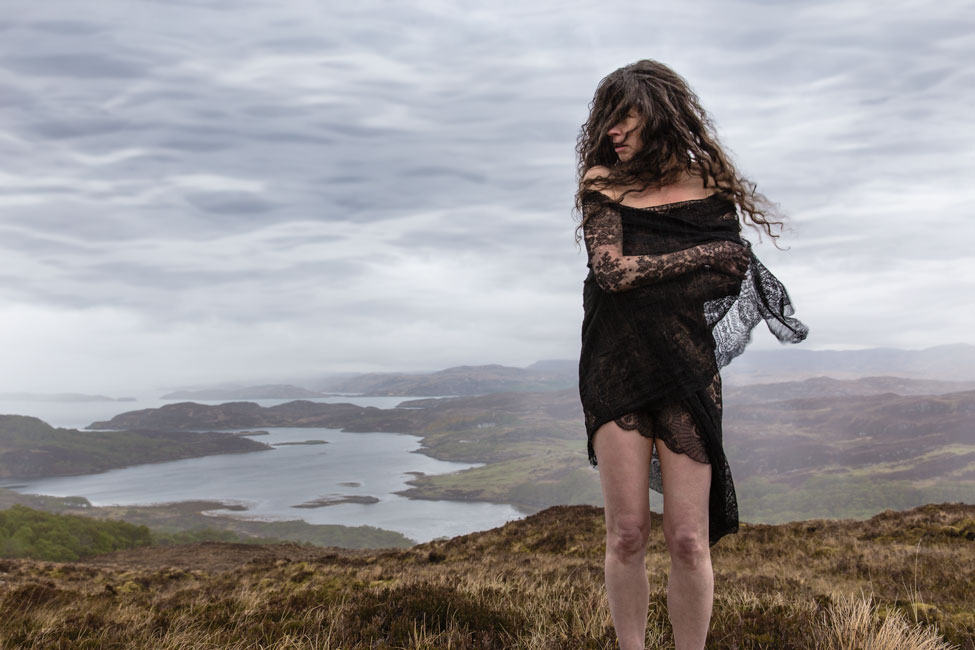 I am happy to finally unveil the first images of my new photo series The Seal Woman shot during an artistic residency at Glasgow's Center for Contemporary Arts, in Scotland last year. The project probes the wild woman archetypical figure at the heart of the Celtic folktale The Seal Woman. And so I continue to delve the initiatory dimension of old tales, but on a more intimate and mature terrain.

Though the story exists in several versions, the plot of The Seal Woman narrative always revolves around the quest of a selkie (a mythological creature said to live as a seal in the sea, shedding its skin to become human when on land) to find her animal coat after having it stolen by a man. Rather than illustrating the different scenes of the story, my intention is to portray the symbolic message at work, namely the feminine psyche’s vital pursuit for its instinctual, free, vibrant state. A reading which echoes Jungian analyst Clarissa Pinkola Estés’ interpretation in her book Women Who Run with the Wolves (1992).

New images will be added in upcoming weeks.

The creation of this work was made possible thanks to the financial support of the Conseil des arts et des lettres du Québec.