Catherine Rondeau is a fine art photographer, videographer and author. Born in 1971 in Hyannis Port, Massachusetts, she grew up in Sherbrooke, Québec, in a predominantly French-speaking milieu. After completing an Arts and Letters program in junior college, she went on to receive a Bachelor of Fine Arts degree in photography from Concordia University (1997). Her combined skills in writing and lens work allowed her to carve out a career as a freelance photo and video journalist, during which she travelled to more than 25 countries before settling down to have a family and teach video production.

In 2010, Rondeau earned a Master’s degree in Communication from the Université du Québec à Montréal. The following year, she published a revised version of her thesis on the vital role of imagination (Aux sources du merveilleux, une exploration de l'univers des contes, Presses de l’Université du Québec). Inspired by her research, she made a return to photography with a vast series of digital photomontages (Beyond the Looking Glass, 2011-2014) that has been shown in a dozen solo exhibitions throughout the province Quebec.

The artist’s most recent projects were undertaken during artistic residencies, notably at Glasgow’s Centre for Contemporary Arts, in Scotland, within the framework of a CALQ studio exchange program (2018). She is the recipient of a visual artist grants from SODEC (2016) and CALQ (2019). Her works are part of Canadian public and private collections. 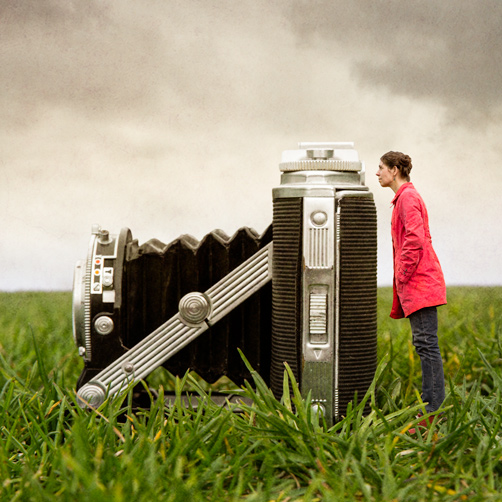